Florida Pesticides Pesticide Laws and Regulations
Craig Chandler, ckc@gnv.ifas.ufl.edu
Chip Hinton, chinton@tampabay.rr.com
Quote, "Pesticide may be hazardous to human health or to the environment even when used according to the label" 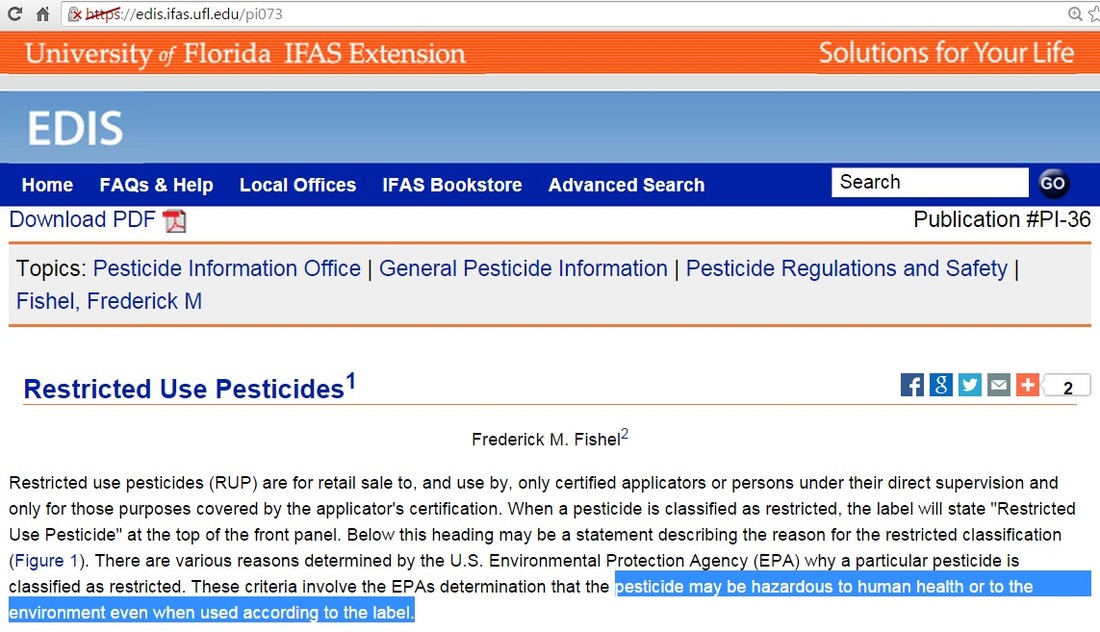 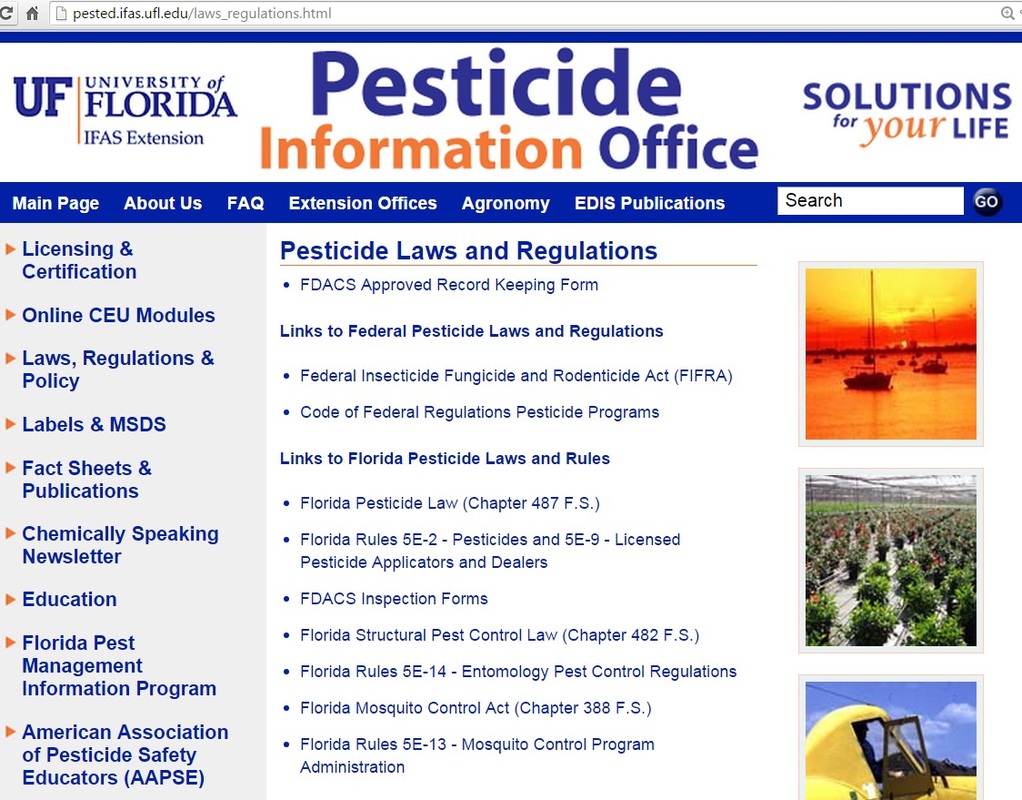 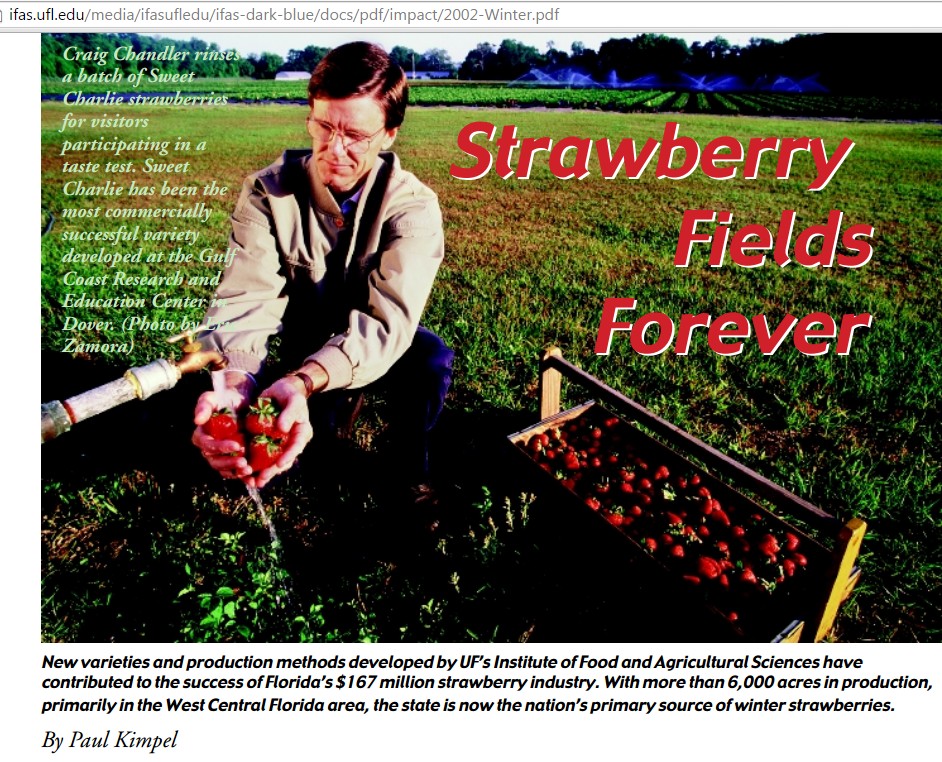 Ronnie Young, co-owner of BBI Produce, Inc. in Dover, said IFAS has helped his business in so many ways, he doesn’t know how he could begin to calculate the value.

“Our company has earned a substantial amount of money thanks to the Sweet Charlie variety,” Young said. “We also get a lot of help from IFAS on the use of fungicides, drip irrigation, insect control, growing techniques – you name it.”

He hopes IFAS researchers can provide a viable alternative to methyl bromide, an effective soil fumigant being phased out by 2005 due to environmental concerns about its impact on the Earth’s protective ozone layer. The chemical controls destructive nematodes, fungi and weeds.

In response to industry concerns about the loss of the material, UF researchers are seeking effective alternatives for methyl bromide. Jim Gilreath, associate professor of horticultural sciences at the Gulf Coast REC in Bradenton, and Joe Noling, professor of entomology and nematology at the Citrus REC in Lake Alfred, are testing alternatives. Noling said the best replacement available is a chemical “cocktail” that includes Telone®, chloropicrin and an herbicide such as Devrinol®.

“The combination is producing yields that are close to those seen with methyl bromide,” Noling said. “However, unless certain restrictions to the buffer zone are resolved, it may not be a practical solution.”

The buffer zone is the area around strawberry fields where chemical treatments cannot be used. In Florida, label restrictions on chemicals prohibit the application of Telone® within 300 feet of an occupied dwelling, and the labels have created a problem for growers.

But Noling said he hopes Florida will follow the lead of California, which has reduced its buffer zone requirements from 300 feet to 100 feet, allowing for chemicals such as Telone® to be used in agriculture.

In addition to chemical solutions, Noling and Gilreath are testing non-chemical and biocontrols for pests such as root-knot nematodes, but he said no effective alternatives have been found yet.

While the methyl bromide problem remains to be solved, Young said the industry is grateful to UF for convincing the U.S. Department of Agriculture to allow strawberry farmers to apply Captan® fungicide up to 24 times per growing season.